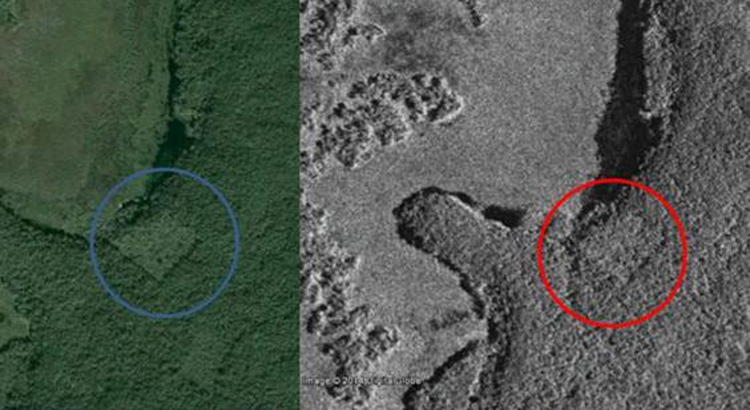 15-year-old William Gadoury allegedly has discovered the ruins of an old Maya city in the jungle of Yucatan following his theory that the Maya picked the locations of their cities according to star constellations. This remarkable story is all over the web, but the only real source is the website of the Canadian newspaper Le Journal de Montréal. Let’s see how Gadoury has found this forgotten city, which he has named K’àak’ Chi’, meaning Fire Mouth. 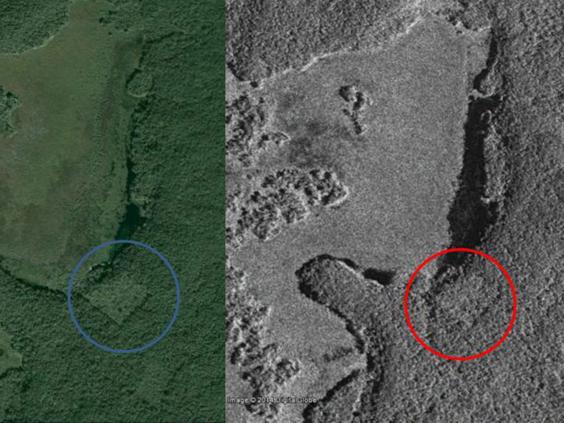 It started with Gadoury being puzzled by the (for him) not so logical locations of many of the known Maya cities. Many of those are far away from rivers or fertile grounds. Could there be another reason for their specific locations? His idea was to look whether it had something to do with the star constellations the Maya knew. Gadoury found 22-star constellations with 142 stars in total in an old Mayan text, the Madrid Codex. He managed to line up 117 cities exactly with stars in these constellations.
Next, we read that Gadoury found another constellation from a different Mayan source, one consisting of just three stars. This enabled him to fit this to two extra cities, but this left an open spot for de third star of this constellation. Exactly where this star is mapped on Earth he found the ruins on satellite images. He had the luck that the spot he needed to look at had been affected by large fires some years ago. The dense forest has not yet fully recovered from these, making it more easy to spot some details of the grounds beneath the canopy.

Now we can start asking some questions: how many cities did he start with that might be part of this star mapping exercise? Wikipedia mentions several hundred archaeological Maya sites. Of course, the mapping is more likely to be somewhat successful if you start with a larger number to pick from. And how good a fit is this mapping? Reading the article in Le Journal de Montréal I also get the impression that the correspondence is not with the total map of the sky, but that he managed to find clusters of cities that map quite good to the positions of the stars in individual constellations, without those constellations necessarily being in the same positions related to the other constellations as in the sky. And are the constellations all fitted on the same scale? If not, that would leave even more room for a seemingly good fit to find just by chance.

If we look at the first part of his puzzle, with the 22 constellations from the Madrid Codex, we notice that from the 142 stars in those he didn’t find a matching city for at least 25 stars. Did he also look at the corresponding positions on the map for ruins? Of course, if there are no cities in those spots, it could be that the Maya didn’t manage to finish this project, it is not a direct refutation of the theory.
Next: did he have a problem dealing with the two extra cities first, or did he first find the extra constellation? And were there even more constellations known to the Maya apart from these 23? I’m asking this because depending on the answer it might very well point to confirmation bias we are looking at in this case.

Related to this: how did these two cities actually came up? If he did start with more candidate cities, he could probably choose from many pairs. Mapping a three-star constellation to two cities also gives some extra choices for the third spot. So how many potential spots are there on the map for this third city in the three-star constellation? And how many of those did Gadoury examine on the satellite images? If there were many of these spots, how likely is it to find one where you can spot some features which might look like artificial structures?

And how sure are we that these features actually are Maya buildings? The only experts mentioned in the article are people from the space agencies which provided Gadoury with the imagery. No archaeologists. The left image from Google Maps above is not that convincing (have a look at the spot yourself), but there are some pictures of Gadoury in front of a poster presentation with some other photos on it. It looks like more buildings have been identified on those. All in all, it might be convincing evidence, but I would like to read some more details or hear something about this from archaeologists.

So now there is some speculation about a real expedition being organized (with Gadoury potentially going as well) to the spot in the jungle where these structures are. If this happens and a real Maya ruin is found, this would be great of course. But even then I doubt that it will prove the theory of Gadoury right. To me, it sounds still too much like the story of the Giza pyramids being lined up with Orion from alternative Egyptology. But I’ll have a look at the work of Gadoury again when it will be published in detail somewhere, maybe that will answer my questions.

Update May 10th 23:22: just after publishing this blog I found this Facebook post by professor David Stuart (who is the director at The Mesoamerica Center-University of Texas at Austin amongst other functions, so a real expert), who thinks that the square in the satellite images is indeed man-made. According to Stuart, it’s not a city however, just an old fallow cornfield.

Update May 11th sceptical sounds start to seep into the news coverage on this story, e.g. on Wired and Gizmodo. On Reddit, there was also a very nice post explaining why it is very unlikely that there really is an undiscovered large city at this spot. As far as I can see now no expert on Maya takes Gadoury’s theory on the star constellations serious. Also, a good read is ‘That kid didn’t find a lost Maya city. Don’t believe what you read.’, which had me change some Mayan(s) to Maya 😉