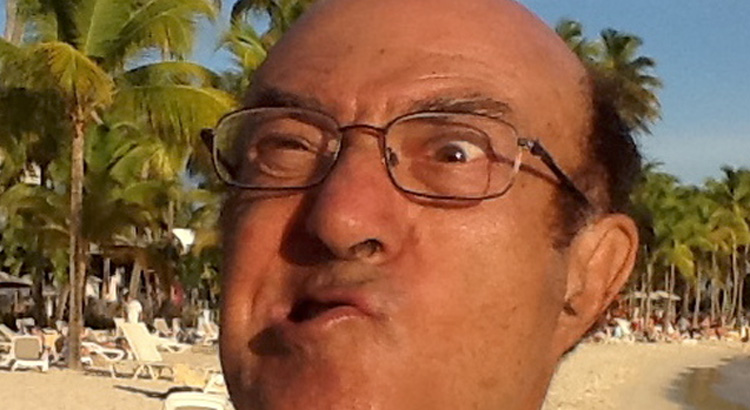 It is very hard to take anything of Ruggero Santilli seriously and you could wonder if he takes his pseudoscientific ideas seriously himself. He definitely has some sense of humor – look at him making funny faces during an (fictitious) interview on the ‘ongoing obscurantism in cosmology’. But many other articles and the court cases he started against his critics can’t be seen as rather harmless activities of an extravagant person.

Santilli has now also sued me, time for an update.

Just some weeks ago I wrote that I had received a peculiar letter from Joseph E. Parrish, the attorney of Santilli, with complaints about three minor issues in the articles I wrote about the ideas of Santilli. I never received an answer to my response to these complaints. Neither from Santilli, nor from his attorney.
Actually I had no plans to write about Santilli again any time soon, but he leaves me no choice. Yesterday (Nov 1st) I received a summons: Santilli has sued me for defamation in the Circuit Court of the Sixth Judicial Circuit in and for Pinellas County, Florida. He chose to sue in a Circuit Court, because he claims to have sustained damages in excess of 15,000 dollar!

The complaints are now only about the article Florida Genius Now Sees Invisible ‘Entities’ (see update below). Chairman of Skepsis, professor Frank Israel, is also sued, as well as the company which hosts my website.

So what is left of the complaints? It comes down to this (paragraph 19):

In the article, Defendant, VAN ERP, falsely and maliciously refers to Plaintiff as a “fringe scientist”, “a mad professor” , and “a cunning scam artist”.

These issues I already addressed in my reply to the previous complaint, which I’ve also published on this website. To be short: it’s an undeniable fact that Santilli is seen as a fringe scientist by mainstream scientists. And I think it’s a fair and justifiable question to ask about anyone who sells telescopes which simply cannot work as described, whether he does this out of a completely wrong understanding of science (“a mad professor”) or perhaps, more cynical, just to make money fully aware that what he states cannot be true (“a cunning scam artist”).

Although I’ve become somewhat familiar with Santilli’s behaviour, this step surprises me. Rather strange doing by attorney Parrish as well. I had sent him my response to the letter with the complaints on June 30th. And after I did not get any reply I asked him in emails on July 21st and August 1st explicitly whether he was still representing Santilli. No answer. His company’s website (http://fortis.law/) is not functional since the last couple of months (his old one still is). Yet, according to the summons he filed these electronically on August 8th. Weird.

Santilli has a long history of complaints and court cases against various individuals as well as institutions. I do not know whether all lawsuits Santilli claims to have started actually reached court, but this has definitely happened in the case against Fabio Cardone and Roberto Mignani, who fought back. As far as I can see all these complaints were without merit and are in fact nothing but harassment.

I have not yet decided how I will respond to these summons. It is quite annoying, but it could have been worse. Other critics of Santilli have been met with antisemitic slander, something which I have given only little attention in my previous articles.

On the website of the Institute for Basic Research you can read Santilli’s obsession with an alleged conspiracy of Jewish scientists [mirror] directed against his scientific ideas. Many would already see this as antisemitic, but more obviously antisemitic are articles on the website http://www.scientificethics.org/ [homepage has been changed recently, mirror]. Apparently these are articles by several people who support Santilli, but they are most likely aliases of Santilli himself.
Over several months I have received many emails from ‘Luca Petronio’ of the International Committee on Scientific Ethics and Accountability, mentioned as author of many of these articles. Mostly these emails were not directed to me in particular, but rather sent to a mailinglist on which many (former) sympathisers to Santilli’s ideas can be found. Some well known fringe scientists like Stephen Crothers are on it, but also Christian Corda who has broken with Santilli some time ago and can be found in the comments on several articles on this site. He also has been threatened with legal action by Santilli.

The emails and articles of this ‘Luca Petronio’ are without any doubt antisemitic. Even Santilli himself acknowledges this on the page which is a foul attack [mirror] directed to Corda:

I denied to be the co-author of the blog on Corda’s dishonesty because I disapprove its Jewish profile elected by the Committee on Scientific Ethics due to excessive abuses by the Jewish scientific community, including the twisting of Corda from one my greatest supporters to a campaigner of discreditation of my work, which twisting was the typical last drop/

Finally, I want to be on record to indicate that I suggested the author of the blog to use a pseudonym such as “Luca Petronio” because I have been the victim of life threats by phonetic jews for my surpassing Einstein’s theories, as eyewitnessed at the end of the blog http://www.i-b-r.org/G-Veneziano-denunciation.htm and a similar fate has been suffered by all my associates during the past forty years http://www.scientificethics.org/Steven-Weinberg.htm
Hence, the author of the blog was forced to use a pseudonym to protect himself and his family from fanatic Jews.

So Santilli states that ‘Luca Petronio’ is a pseudonym. Only he cowardly doesn’t admit that he himself is behind this alias or at least someone really, really close to him, which makes him at least accessory in my opinion. This is quite clear when you look at the evidence. For example: a recent (Sept 27th)  mail from ‘Scientific Ethics <luca@scientificethics.org>’ has the following subject: “Continued defamatio of Prof. R. M. santilli by dishonest Jews”. The headers of the mail also give the following line:

Full text of the email has been shared by Christian Corda in the comments. This IP-address was also used by several visitors who left comments on my blog, recently by ‘Frank Stone’.  This alias uses the email address hadron1@mac.com which was used by Carla Santilli to contact me via email, and which can also be seen on a webpage which tracks registered voters in Florida. Also the domain scientificethics.org is registered on the Petronio-alias, on the same address as Hadronic Press Inc (just with an other unit number) and with the telephone number with which Ruggero Santilli has registered most of his other websites (like  i-b-r.org).

Apart from several other slanderous remarks, so far Santilli has not used antisemitic language directly against me. Though he (‘Luca Petronio’) has written that my website is “jewish controlled“. The webpage on which that was written, has been changed several times. The last active version didn’t mention my website, and now the page has been erased entirely. Many of the pages I have linked to in this post have been removed very recently (that’s why I gave links to archived versions).  I think it is a safe guess that Santilli removed those, because their content might backfire in case he would proceed to sue (or will be sued himself).

I’m not bothered too much by silly complaints, empty threats, websites that slander me, or even this summons. The dark side of Santilli, which I have shown in this post, is something which upsets me much more. And it is about time this comes to an end.

Allegedly an interview by the Agence de la Recherche Scientifique Division de Guadaloupe, which I couldn’t find on the internet and no interviewer is mentioned.

Updates
7 September 2018
The title of that post has been changed according to the settlement agreement.

14 thoughts to “Sued by Ruggero Santilli”