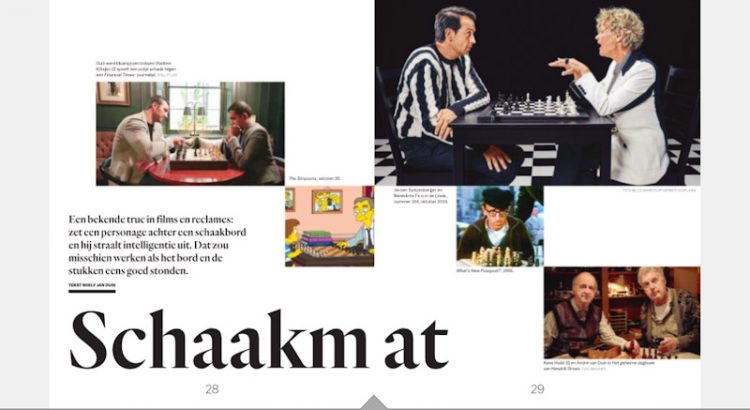 Since 2015 I run a Tumblr site on which I collect examples of chessboards in films and other media that are in misorientated or wrong in other ways. Last weekend a long article in Dutch newspaper Parool was dedicated to this annoyance which I share with the author Roelf Jan Duin. A couple of weeks ago I was approached by him and there are some quotes by me in the article and my collection is mentioned.

RT @travis_view This isn't going to sit well with the portion of Trump's base who swallowed the confused idea that hydroxychloroquine is a magic COVID cure that the evil cabal and MSM want to keep secret. twitter.com/ddale8/status/…