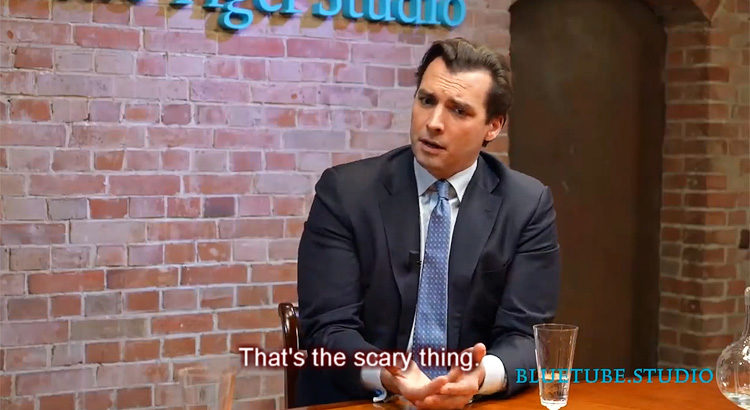 Leader of the Dutch extreme-right populist party Forum voor Democratie, Thierry Baudet, recently published a book on the corona crisis, which according to him is a big conspiracy. To celebrate the outcome of this ludicrous book, Baudet also paid a visit to like-minded Tom Zwitser. (Zwitser runs a publisher characterised as “a conduit for anti-government propaganda, fake news and conspiracy theories” by the National Coordinator for Counterterrorism and Security.)

Although Baudets book is already filled to the rim with stupid conspiracy theories, he and Zwitser managed to add some more in their talk of which the following fragment might be the ‘finest’ example:

Viruses that are designed to target a specific ethnic population are merely a far-fetched hypothetical possibility that you can only find in movies and maybe some reports of academic think tanks that want to warn humanity against existential threats, even when the risks seem extremely low at the moment because the technologies needed haven’t been developed yet. And of course, talking about Russians as a human race is complete nonsense.
Baudet and Zwitser just regurgitate Russian propaganda.