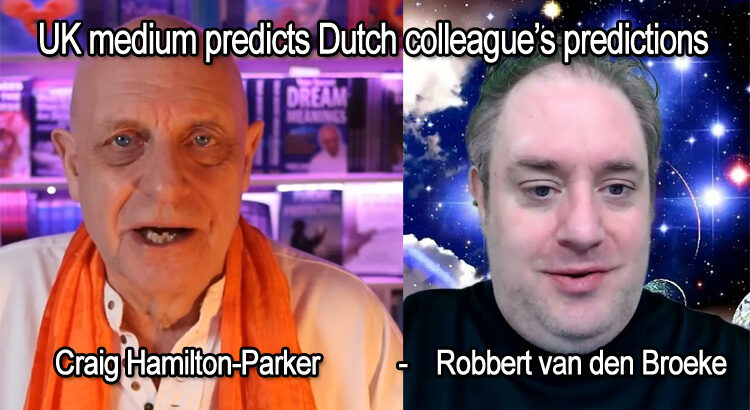 At the end of the current year, numerous mediums come with predictions for the year to come. This year, Craig Hamilton-Parker’s predictions more or less come true before that new year has even begun. Very accurately, he predicts what predictions his Dutch colleague Robbert van den Broeke would make a few weeks later.

Hamilton-Parker’s excerpts are from three of his videos published on November 1st & 10th and December 8th. Van den Broek published his video on December 12th. Links can be found in the description of the video on YouTube. Van den Broeke mentions that ‘his’ predictions will also be published in the January edition of Paravisie Magazine.

It’s certainly not the first time that Van den Broeke has been caught ‘cheating’. In 2005 he was famously caught by Dutch skeptic Rob Nanninga for using an online genealogy for reading details about someone’s previous life. Van den Broek told the person his job had been ‘genverbrander’, which quite obviously was a typo Van den Broeke had missed. (It should read ‘geneverbrander’- someone who distills gin). I myself have previously written about some of his photography tricks.

We can be sure, however, that Van den Broeke finds a lame excuse for this extraordinary coincidence once again …